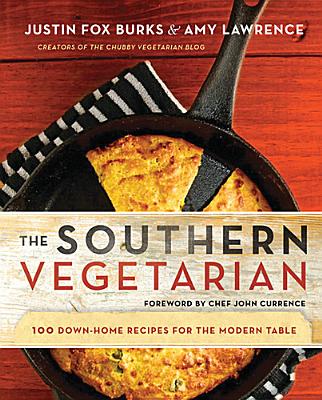 The Southern Vegetarian Cookbook: 100 Down-Home Recipes for the Modern Table

Anyone not adequately acquainted with the South's true culinary terrain might struggle with the idea of a Southern vegetarian. Because isn't the South one big feast of meaty indulgence? Don't vegetables play a supporting role to fried chicken and bacon on a Southern table? Justin Fox Burks and Amy Lawrence turn that notion on its head by recasting garden bounty as the headlining act on a plate. In a region distinguished by ideal growing conditions and generations of skilled farmers, Southern-style vegetarian cooking is not only possible, it's a pursuit brimming with vine-ripened possibility...
View More...